During the last edition of “Milan Design Week”, the birthday of one of the most famous DC Comics heroes was celebrated. An exclusive “LONG LIVE THE BAT” party brought the batcave to life.

Born from an idea of QMI Stardust in collaboration with Warner Bros. and realized by Archistar Fabio Rotella, the Batcave came alive for a night at the Cinema Teatro Manzoni in Milan.

The apartment of the most famous bat in the world of cinema was characterized by iconic design objects and a total black atmosphere.

Among the Brands who took part in the exhibition there were Alessi, Antoniolupi, SKELETON by CaimiExport, Driade, Edra, FontanaArte, Kartell and of course Ciclotte.

At the Fuorisalone the most exclusive party

“The idea was to celebrate the hero’s birthday with a unique and unrepeatable event, which will remain a memory for the 400 people who were lucky enough to participate” said architect Rotella.

The Batcave has been sorrounded by a cocktail area with special black-drinks signed by worldwide famous bartender Bruno Vanzan, black-foods designed by Chef Ambra Romani and her bat-catering Ladies & Gentleman, as well as the live performances by the world champion chocolate designer Davide Comaschi.

On top of that a Doppelgänger fashion collection, a special edition “MINI Clubman” created for the event, wrapped in black and displayed in the foyer of the theatre and a limited edition watch created by Gagà Milano in honor of the Superhero.

The evening’s soundtrack was curated by designer Mauro Bruno, who liven up the evening of all guests, naturally … in a total black dress code. 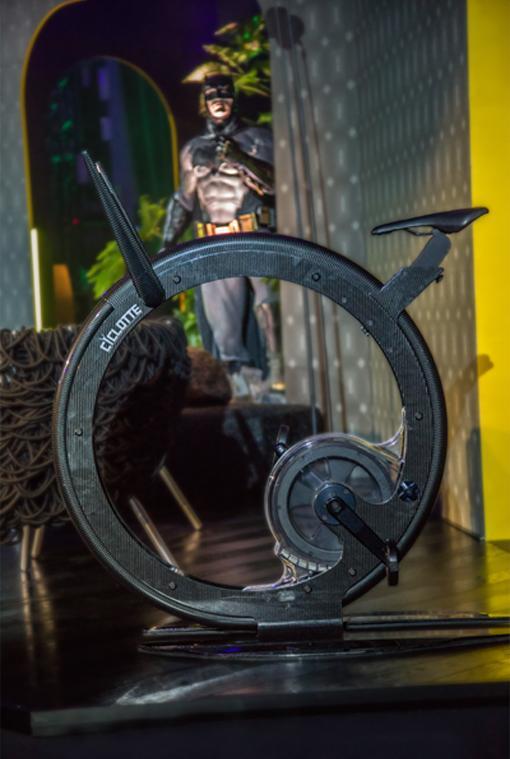 This site or third parties tools requires cookies to provide services and that could be used in profiling, as stated in the cookie policy. To learn more or to block the use of cookies please refer to our cookie policy. Closing this banner using the button I Agree, or scrolling the page, you agree the usage of coookies.